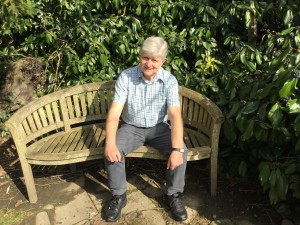 Apart from a few definitive characteristics, I guess I’m typical of many born in Britain as the war finished. I’m a particular brand, a North Englishman, specifically a Lancastrian. My grandparents were all working class, with my parents starting the journey to lower middle class. I’m a mix of country boy and municipal townie.

A perceptive, older delivery guy recently asked me, as he heard my accent at the door of my southern, very middle class, large family home, what would I have been if on the day of the eleven-plus I’d been ill? I’d no idea how to answer him. Grammar schools changed lives. Not all doors were opened; at my all-boy school the expectation for anyone who could add up was that they’d do Maths, Physics and Chemistry at ‘A’ level. I think if anyone had wanted to do Biology they’d have been told to go to the Girls’ High School. I didn’t buck the trend and ended up at Oxford reading Physics. For that I’m mightily grateful to Neb Lessiter, Doc Haigh and Fruity Hankinson who taught my ‘A’ levels. For the satisfaction writing this book has given me, I’d also like to mention one teacher I left behind at ‘O’ level, Peg-Leg Wakefield, my old English master, for the grammar I learnt and the love of Shakespeare he instilled. I trust I haven’t let him down too badly.

There seemed to be only two paths for male teenagers, at least those of a sporting nature. Playing football and cricket in the local leagues was common to both. The bifurcation was between those who ended up good at table tennis and those handy at snooker, acquired from frequenting either the church youth club or the billiards hall, with respectively the good girls who waited for the pill to arrive or with the more adventurous types who had less patience. The inevitable consequence for some was a child, born before 1964 and thus also a baby boomer according to statistical definitions. How can anybody be in the same category as their parents? As far as I’m concerned, the baby boomer production line had stopped by 1950 but then I went to church with the good girls. Neither the science nor the religion has ever left me.

After leaving Oxford, not all doors were open in 1967. It wouldn’t have been fair to put further strain on finances by doing a doctorate. I became an accountant, a common route for lower-class provincials to reach the middle-class proper, sneered at today by those who started life already in the upper middle. I had a great career in the Electricity Industry, becoming the Finance Director of the mighty CEGB in my mid thirties. I was there for the Miners’ Strike, when us (residual northern usage) grammar school snots defeated working class solidarity, and for the Sizewell Inquiry, whose outcome was to be overtaken by privatisation. I was then at the heart of the creation of the National Grid Company. I’d entered the electricity industry looking for an interesting job with a decent salary. Greater financial returns than I wanted followed, coupled with less job satisfaction once the first flush of excitement was over.

One academic reader as the book developed couldn’t understand why I would want to write about business issues. Yet, at humble and exalted levels, it’s where most people spend their lives. A second reader got it. He found the business informative and a good vehicle for humour because of its many contradictions.

After leaving the Grid in circumstances on which I can make no comment, I chaired several smaller companies, which was great fun in the main. At the same time, I studied for an external divinity degree. It’s often said that theological and science degrees make people lose their faith. All I can say is that the hope and fear are still in me. The doubt’s there too. That’s what makes a story.

I recall ploughing through C P Snow’s Strangers and Brothers series in my late teens. It raised issues of the differences between the two cultures of the arts and sciences but was really mainly about politics. Theology and physics are integral to this story.

In the three quarters of a century of my life, I’ve seen the sorts of ups and downs suffered by the characters but they and the storyline are entirely fictitious. The Unholy Trinity Trilogy is a family saga, and in my life I’ve been blessed in that. I hope you enjoy the series. Please let me know what you think using the links to Facebook, Instagram or Twitter. Post a review to Amazon or Goodreads if you feel so moved. Or email me at john.uttley1@btinternet.com.